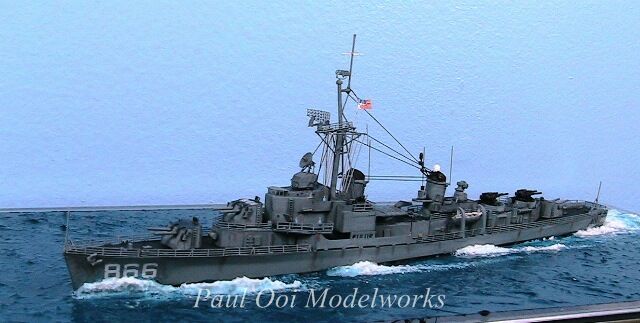 A friend of mine asked me to build USS Cone for his old man who used to serve on board the Gearing Class destroyer between 1958-1960. Skywave Japan makes a 1/700th scale USS Gearing that I managed to pick up from Yodobashi Camera superstore during one of my periodic forays into Japan. That’s the easy part.

The Cone began life in 1945 as a WW2 Gearing class destroyer complete with 40mm AA’s, 5 inch guns and first generation airsearch radar systems more suited for anti-Kamikaze picket duties off Japan. By 1958, the destroyer had already gone through some major re-fitting in order to cope with fast-moving jet targets, quieter submarines and new radar technology. This model shows the Cone with its curious mix of some WW2 armament (torpedo tubes, 5in gun turrets) with the new (radar directors) just before the introduction of sea-board missiles. There are no available kits out there for this version of Gearing-class vessels, so I will have to retrofit and scratch build many of the new features plus a lot of tearing down.

So the demolition derby begins. First I had to remove all vestiges of WW2 with the 40mm Bofors mounts and depth charge batteries being nipped off to make a new clean deck. This can be unnerving because there is no turning back. Whenever I wasn’t sure of a feature, I would hold off work for several days while doing more research and studying old grainy black and white pictures supplied by the client. Many pencil sketches were made to fit new features over the old superstructure and several email exchanges with the former crew member himself to confirm the positions of the new weaponry.

The aft superstructure was especially tricky as the major armament switched from WW2 40mm Bofors emplacements and several machine gun positions to two 3in radar-controlled guns, with the radar director sitting on a new blockhouse . The two pictures above show the contrast between WW2 (left) and 1958 configuration introduced during the Korean War (right). Interestingly, this entire section was again retrofitted in 1962 to turn into a helo and missile deck. 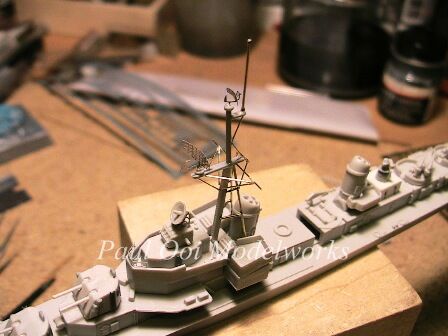 With all the new radar elements needed, the foremast and the mainmast were also changed. The WW2 foremast was just a simple unipole with a “bed spring” air SK radar. Careful studying of the 1958 pictures show a complex tripod with several yardarms stretching out to support various antennae. Almost the whole near foremast was made from brass wires. Photoetched SG radar elements were added from Gold Medal’s excellent photo-etched details for modern US warships.

The retroftting to the main superstructure and bridge were kept to the last as these changes were hard to spot initially but it became clear that the whole structure was “bulked up” with covered staircases and new electronics deck space. I grafted on some plastic stock and over several steps, they were faired into the main structure to remove the seams and gaps. After this, it was off to the spray booth and the final assembly of the ship.

This build took a good part of 3 months and all 5 inches of the model was crammed with details.

Here are some pictures of the “Cold War-rior” sailing happily through a sea of sculpted acrylic compound. 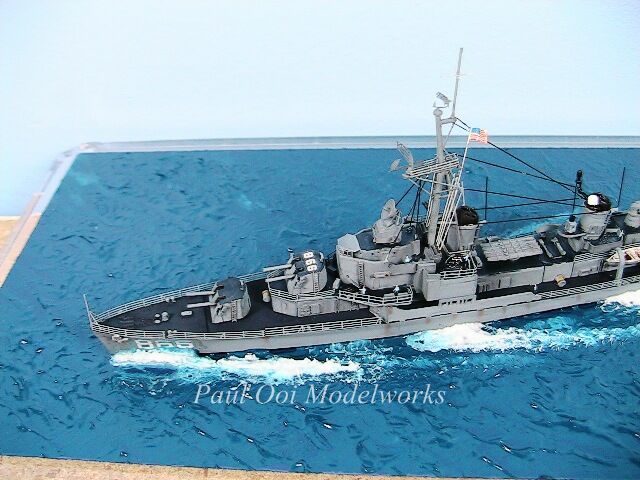 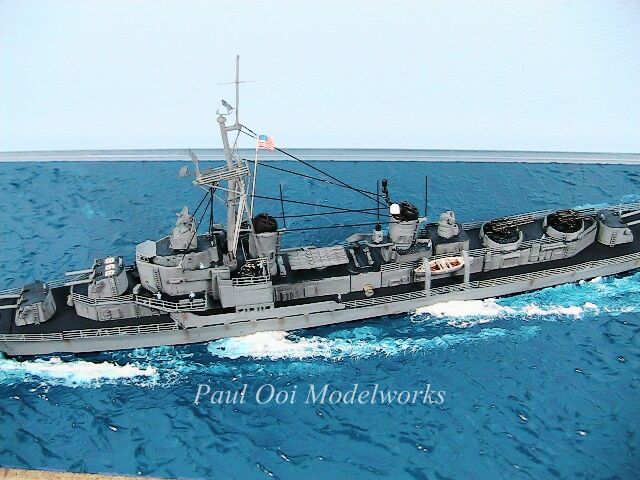 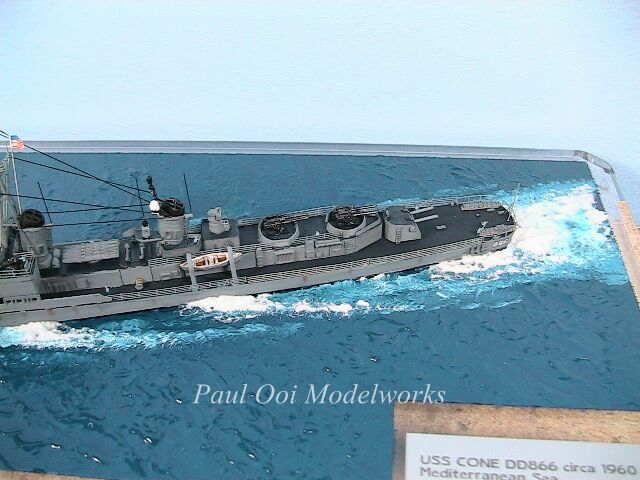 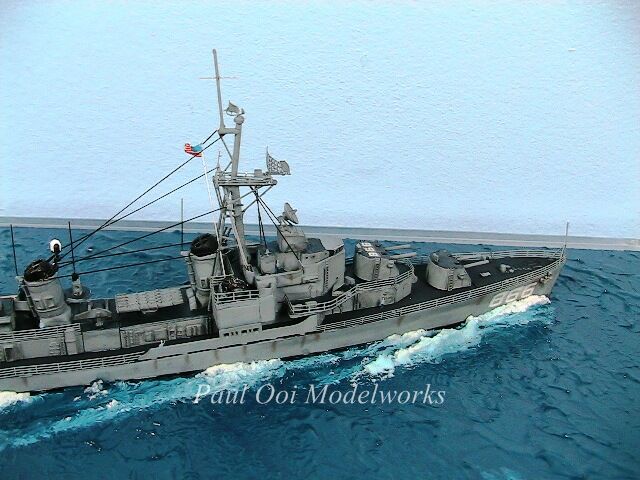 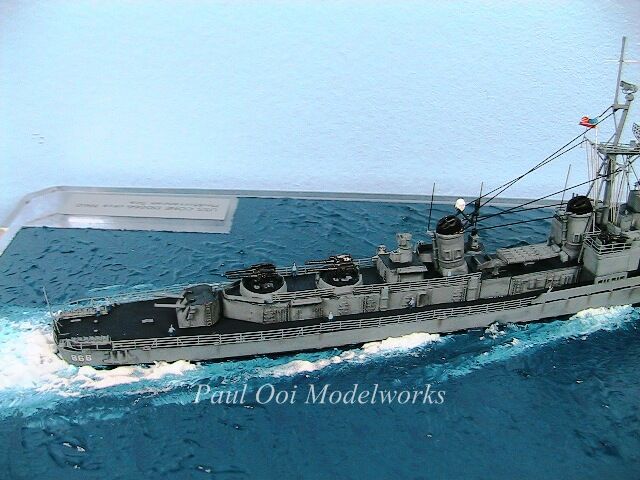 0shares
Paul Ooi Modelworks is a participant in the Amazon Services LLC Associates Program, an affiliate advertising program designed to provide a means for sites to earn advertising fees by advertising and linking to Amazon.com.
Cold War