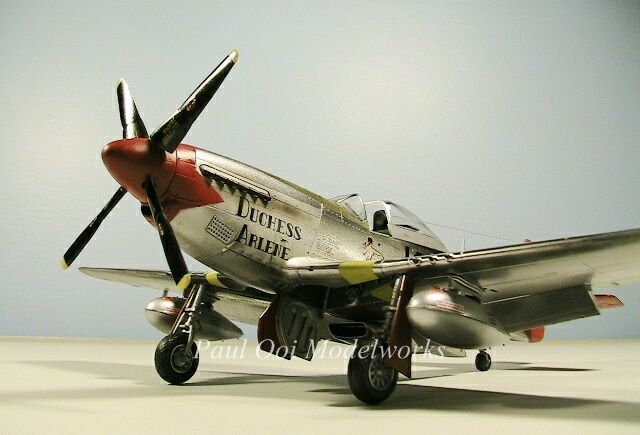 The P51-D Mustang by itself is already a WW2 legend. The Tuskegee airmen made their heraldic red nose-and-tail Mustangs the stuff of Air Force mystique and immortal fame. Theirs was a story of sacrifice and heroism in the face of racial discrimination at home and fierce air combat against determined German opponents.The 332nd Fighter Group earned their nickname “Red-Tail Angels” from grateful bomber crews who were saved by the Mustangs that stuck close to them. This project is my tribute to these brave men. 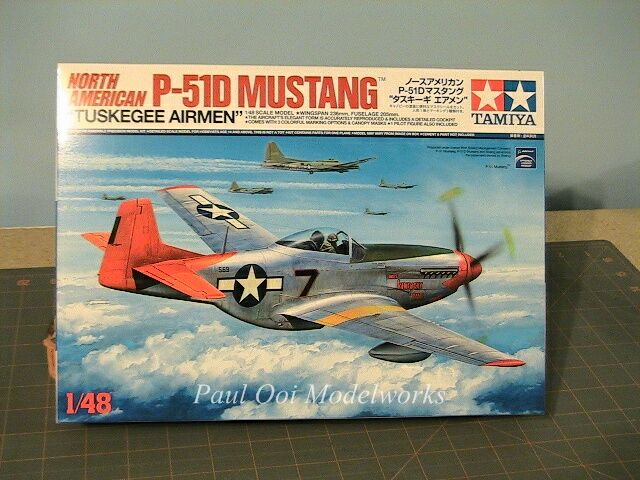 This 1/48th scale Tamiya kit was issued in conjunction with the release of the movie “Red Tails”. Hub Hobby Center in Richfield MN commissioned this project as an out-of-box build, meaning straight from the kit with no after-market parts. The Tamiya kit is well-engineered despite being 2 decades-old with great molded detail. Having previously built a similar kit in my post China Mustang, I decided to concentrate on the paint job this time. I chose the livery of the “Duchess Arlene” used by Lt. Robert W. Williams of the 100th FS, 332nd FG. 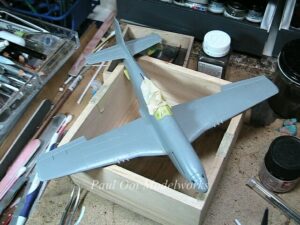 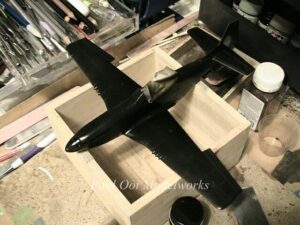 Once the fuselage was fully assembled, I primed the model in Alclad high gloss black primer. This protects the plastic from the metal lacquer and provides a very smooth surface. Since this is the end of winter here, the air is still pretty dry and I had a constant battle to keep dust off the primed model. Since this battle wasn’t always successful, I had to sandpaper several trouble spots and apply the primer in two installments. 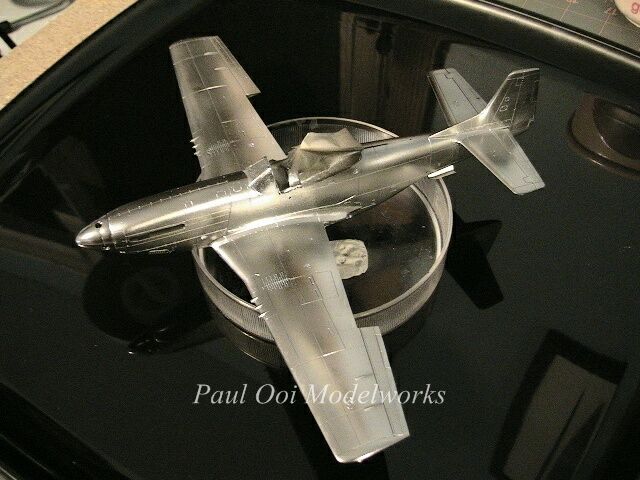 Next came the metal lacquer itself which is Alclad air-frame aluminum. This finish provides and almost mirror-quality high polished aluminum. While purist will argue that Mustangs were in a more silvery metal finish, I wanted to make this one for pure beauty and different from China Mustang. 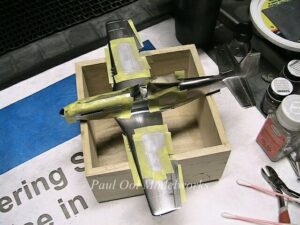 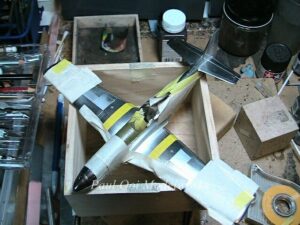 Next, I masked off sections of the fuselage to apply Model Master aluminum metalizer to provide a slightly more matt contrast to the high gloss panels. This provides a patchwork look with different metal parts seen in real aircraft. This is followed in succession by olive drab for the anti-glare panel in front of the cockpit and yellow identification stripes on both sides of the wing roots. This paint scheme used A LOT of masking tape. 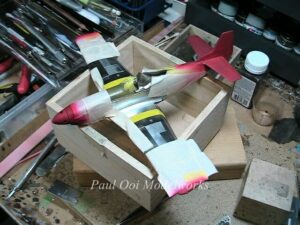 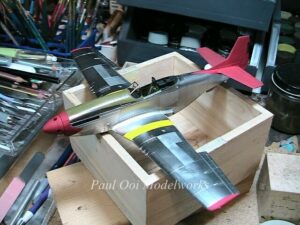 Although the kit came with red decals for the cowling, I chose to apply paint throughout to get a more uniform look. Finally, the signature color of insignia red gets applied to the nose, tail and wing tips. Red is always a tricky color to spray as it tends to be highly visible if the over-spray caught onto surrounding parts and also it tends to be pinkish on aluminum if the coverage was less than total. At the end of it all, I could breathe again! 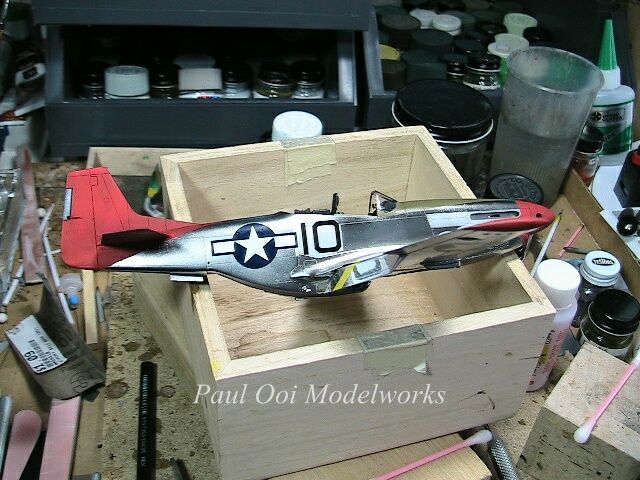 Next came the decals. Tamiya decals are pretty good and they go on easily to the bare metal paintwork. 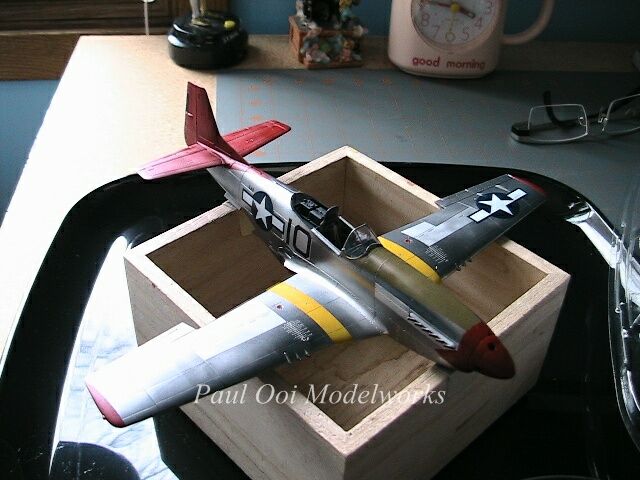 I sealed the decals and paintwork under several layers of varnish and left the fuselage to dry for a long time. 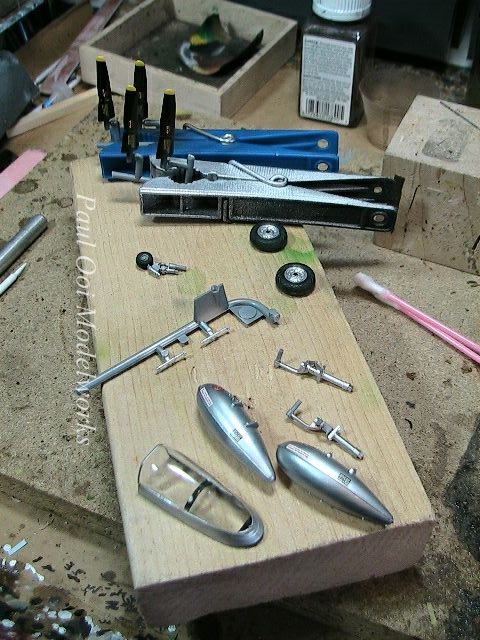 While waiting, this is a good time to work on the fiddly, small but important bits of the aircraft. These parts, like the fuel tanks and propeller blades, have their own little decals to be applied as well. 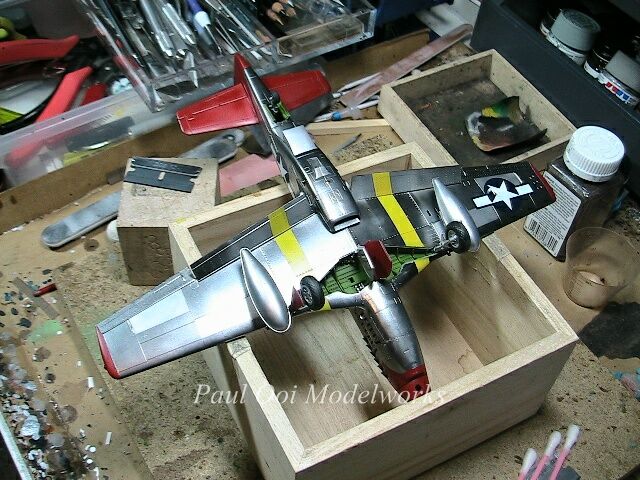 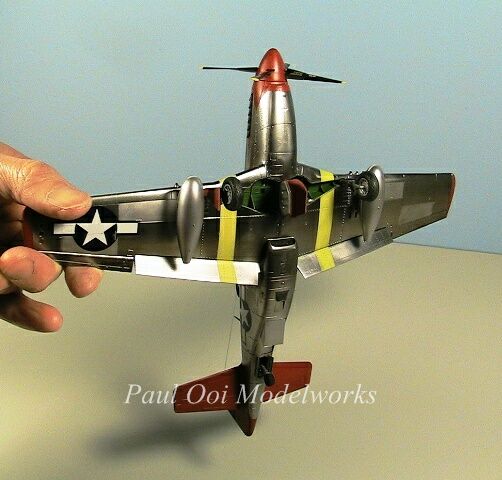 Then, in the final leg, the undercarriage assembly and fuel drop tanks get applied to the aircraft. The canopy is finally attached and we are finally done. The other difference in this project was that I prepared the paint job with a thick layer of protective varnish so that some handling of the kit is possible since there wasn’t going to be a base. I kept weathering to a minimum to focus on the beautiful color scheme as though the aircraft was in an exhibition. Enjoy the pictures. 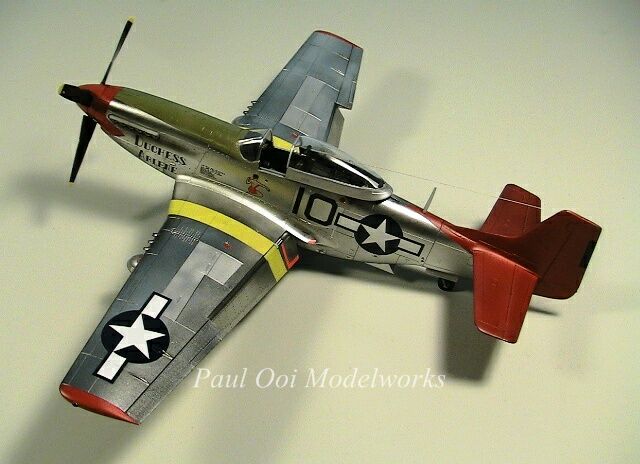 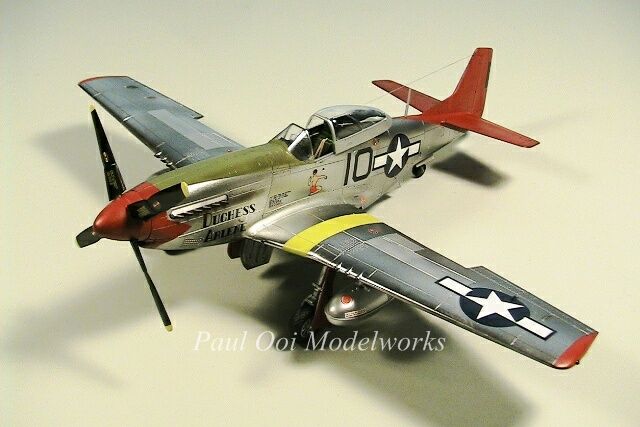 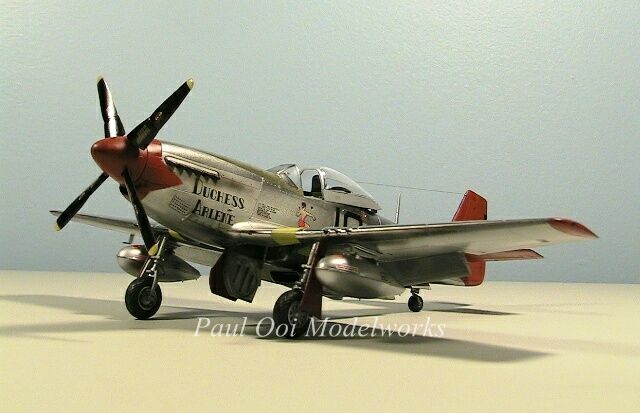 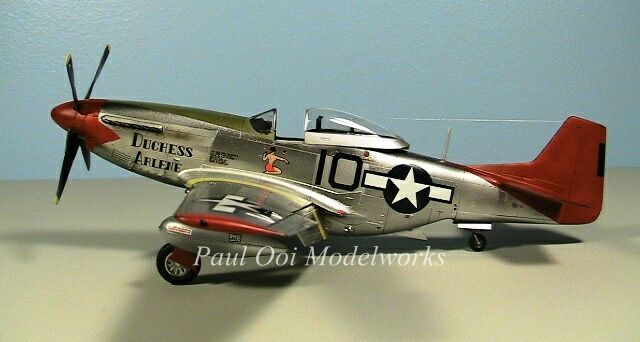 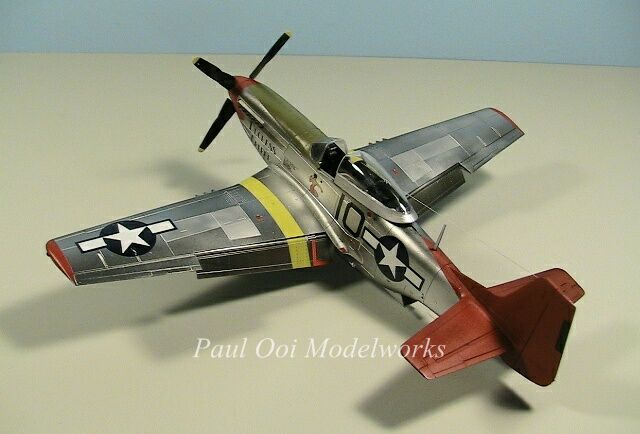 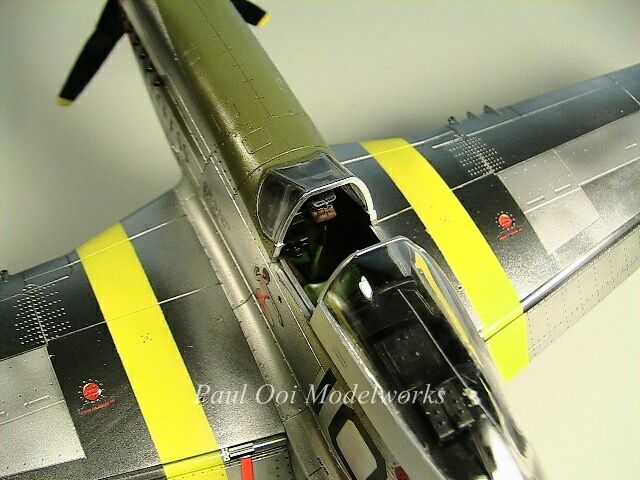 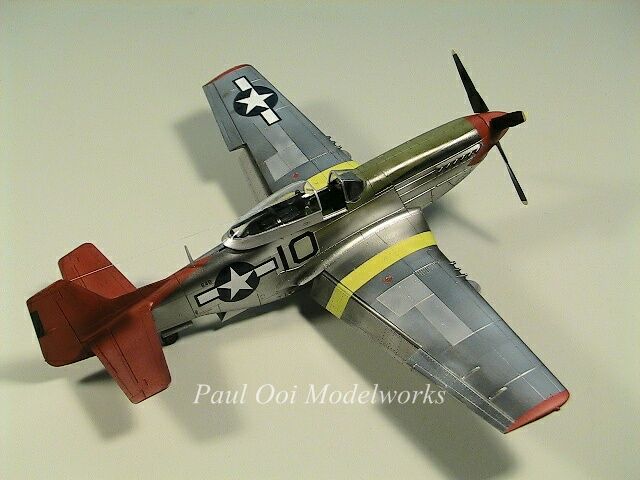 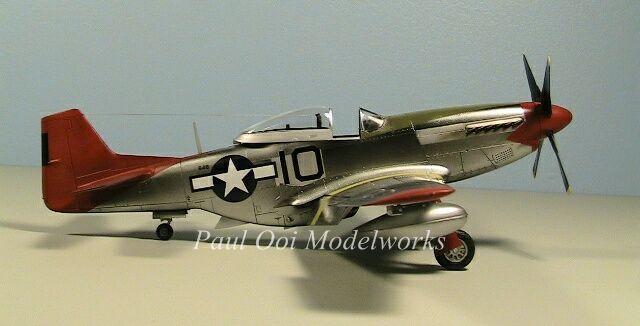 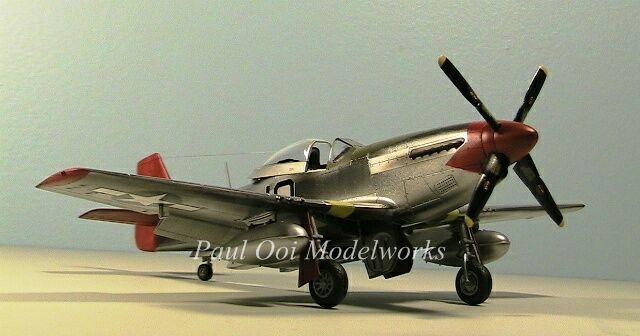 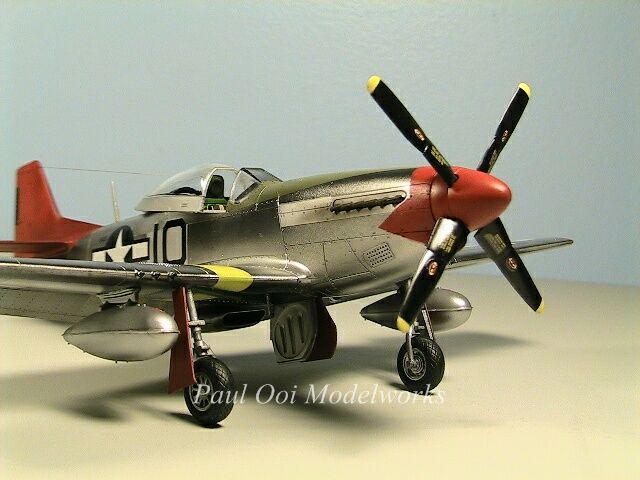 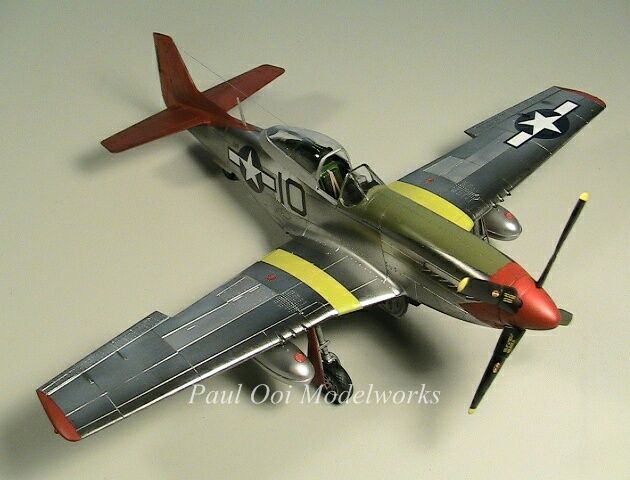 0shares
Paul Ooi Modelworks is a participant in the Amazon Services LLC Associates Program, an affiliate advertising program designed to provide a means for sites to earn advertising fees by advertising and linking to Amazon.com.
European Theater, Prop plane