The Boulton Paul Defiant was one of the few fighter designs in WW2 that incorporated a gun turret as its main armament. The aircraft has a superficial resemblance to the Hawker Hurricane and early in the Battle of Britain, there was a popular (but disputed) story that German pilots mistook it for the former. The turret design proved unsuitable for daylight dogfights with the Me Bf.109E’s. However the RAF soon realized that the same turret design could be very useful for night-fighting and the Defiants were transferred to night fighter squadrons instead. In this role it proved to be successful as the upward pointing quad guns were suitable for raking the under bellies of German bombers. It was only with the introduction of the legendary Mosquitoes were the Defiants withdrawn from active fighter squadrons.

The Mk.II Defiants were fitted with an early radar array around the fuselage and also on both wings. The radar tube display was housed in the main cockpit, allowing the pilot to get close to the attack location while the gunner would then range in with his quad .303 Browning machine guns when the quarry was within sight. 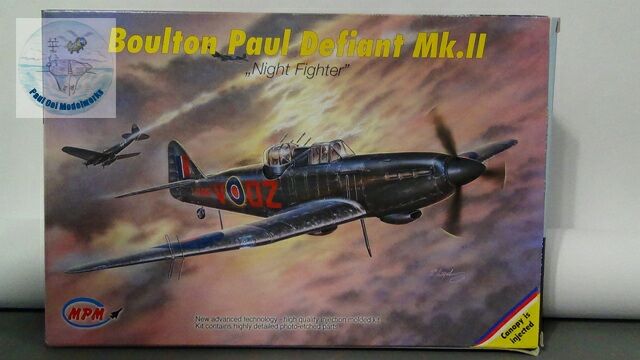 I have a soft spot for this strange little aircraft. I first attempted to build the 1/72 Airfix kit back in 1972 and made a total hash of it. The turret assembly and complex arrangement of the undercarriage doors were more than a handful for a boy only working on his second model kit. Between customer builds, I decided to “relax” with this 2-week project using the 1/72 scale MPM kit. The plastic parts molding were pretty decent, with good surface detail. The canopy was particularly nice with very thin clear plastic but the turret was a bit too thick for my liking. As it turned out, the MPM decal sheet was very nice and settled well without much use of setting liquid. The photo-etched fret was limited to only some sections of the antennae, and I wished there were more parts included in that fret!

As the aircraft was a “simple” black finish, I wanted to use the material for a future publication project, thus there are no construction notes this time. However, I am never satisfied with just a plain uniform black finish, and this aircraft can be weathered admirably with paint chips, soot marks, and oil stains that runs every shade of grey and black. You can look for all the different details in the gallery of pictures here. 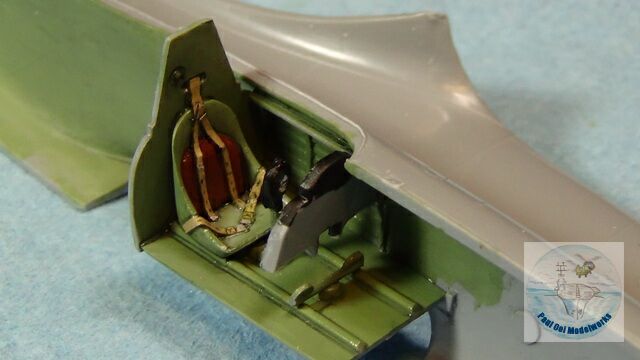 Since this is hard to see once the canopy was installed, I have included a shot of the cockpit area during construction. I wished they would provide a set of seat belts in the photo-etched fret but since they did not, I made these out of Tamiya masking tape strips, painted in buff and marked with black art pencil. 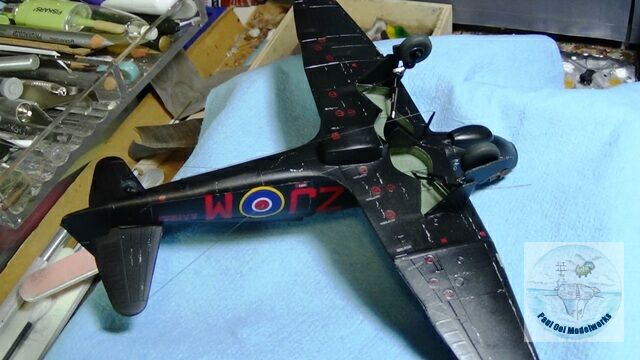 Here’s a picture of the aircraft underside with a clear view of the wheel wells painted in British interior green. It also give the reader a good view of the weathering and staining done on the underside of the model.

For the display, I wanted to portray the aircraft sitting out in the field near the runway on an idyllic summer afternoon, in contrast with the pitch black paint scheme of the Defiant that hint at its dangerous night flying missions. The further emphasis the lazy afternoon feel of the diorama, I have added a maintenance crew member’s Raleigh bicycle painted in an appropriate somber color typical of that era. I appropriated this little gem from Airfix’s marvelous Bomber Re-Supply kit. 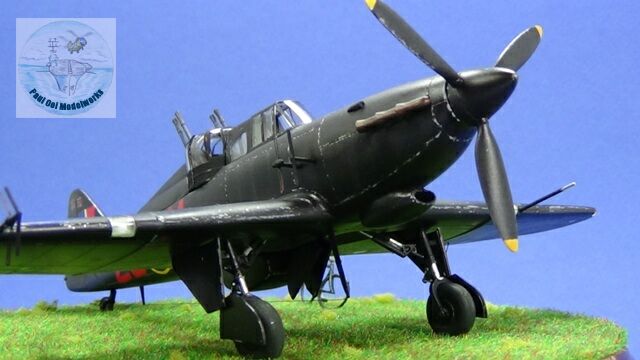 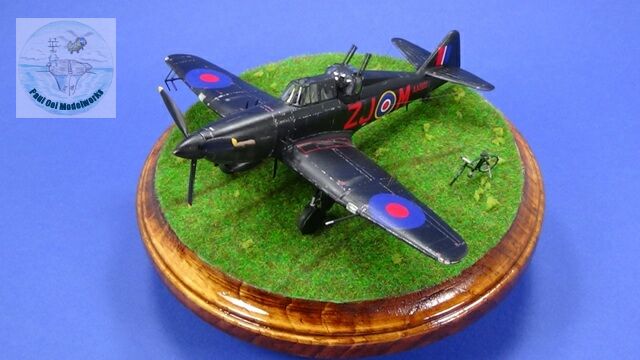 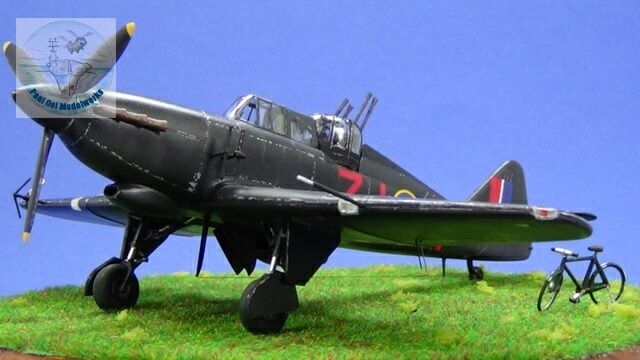 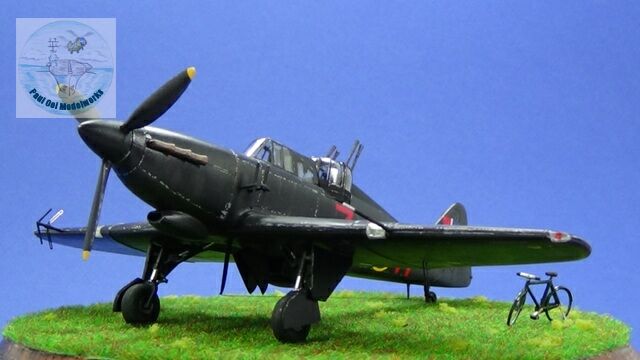 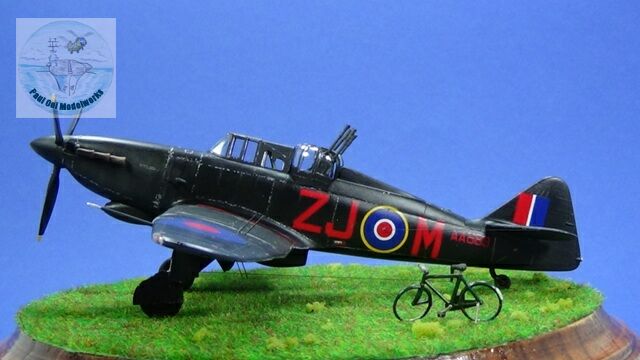 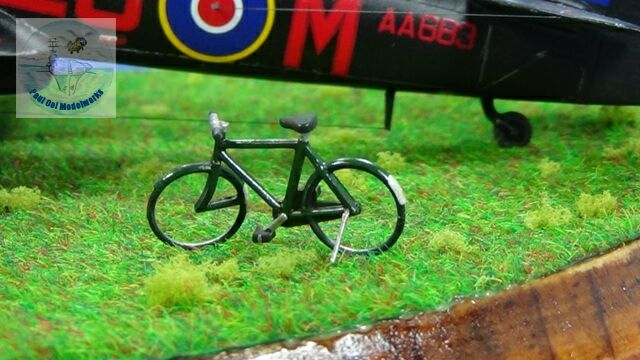 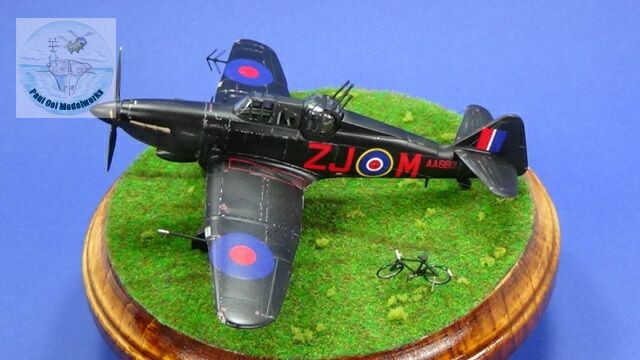 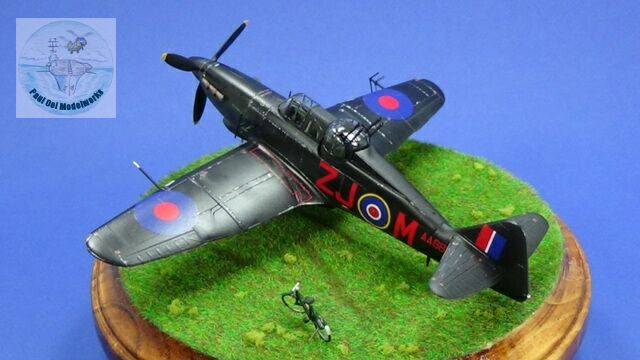 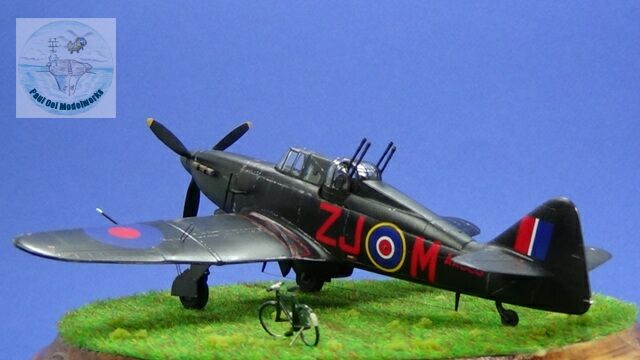 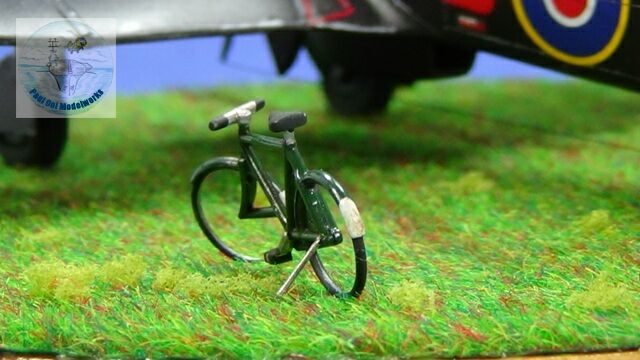 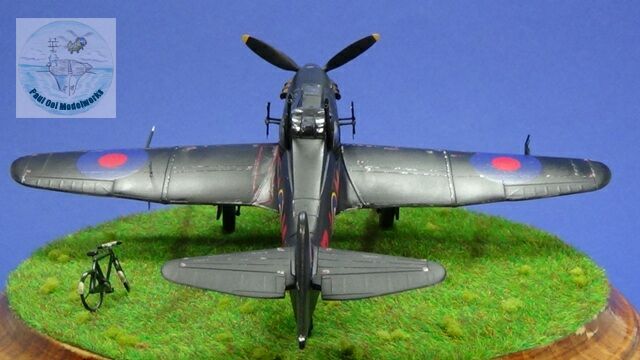 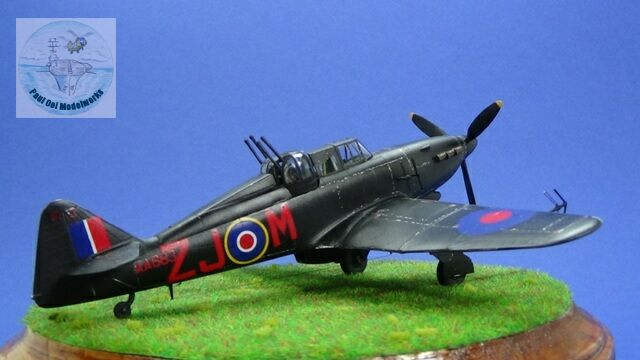 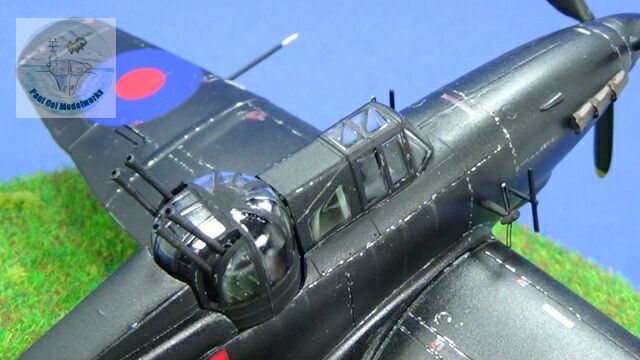 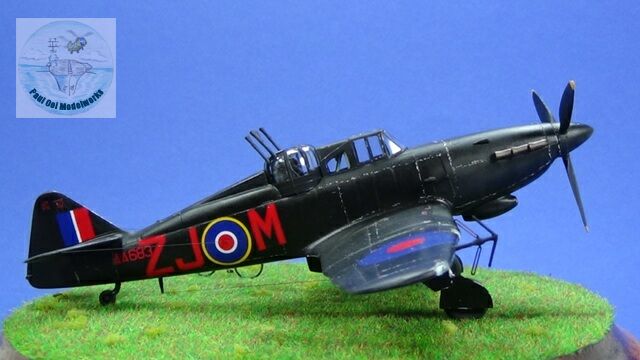 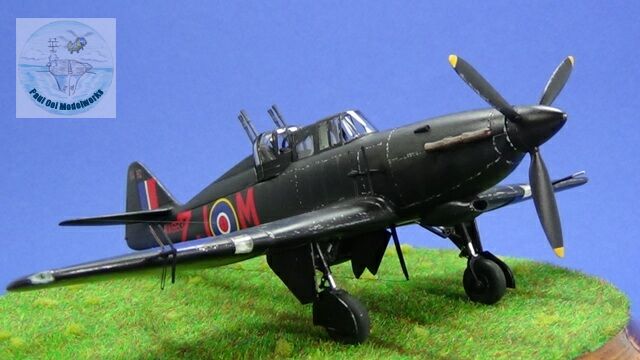 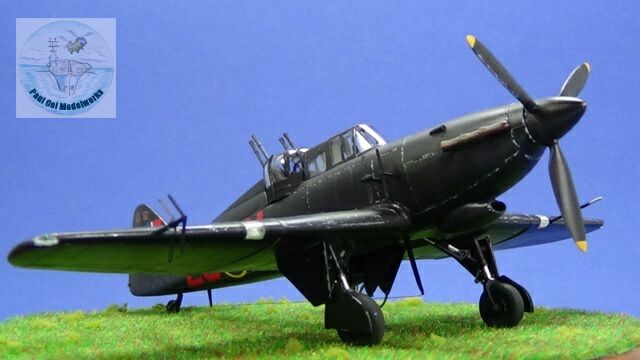 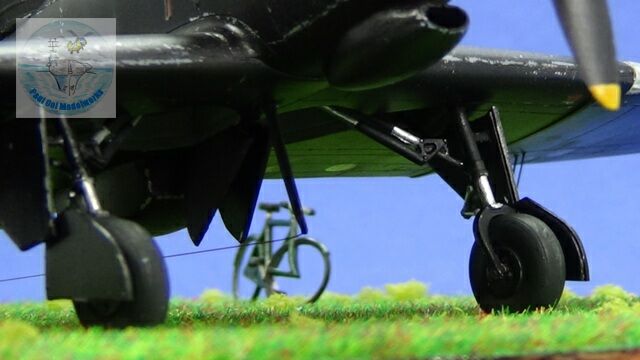